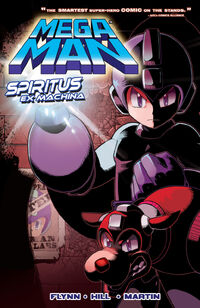 The explosive new chapter in the Mega Man mythology has arrived! What began as a conference to decide the future of advanced robotics turns to pandemonium when the Emerald Spears extremist group takes everyone at the A.R.T.S. hostage and threatens to blow up the robots present! It's up to Mega Man to lead Elec Man, Pharaoh Man and Quake Woman to save the day, but time is running out for our heroes! Collects Mega Man #13-16, plus tons of art and bonus features.